Pulse Eight recently released a new internal CEC adapter designed especially for use in Intel NUCs. I’ve used their external one for some time so that I can use my TV’s remote to control Kodi on the NUC and automatically switch HDMI inputs – it’s super convenient. However, it does consume an extra USB port, so I leaped at the chance to convert to using their new internal adapter instead. Postage was quick, I had the adapter in my hands the very next day and set about installing it.

The adapter works by connecting to the following headers on the NUC’s motherboard;

Pulse Eight provide a wiring loom to connect the adapter to the NUC, with each individual cable having a separate connector so that they can reach each of the different headers. The downside of this however is that you need to consult the NUC’s documentation to find out exactly which part of the header is, for example, the USB data+ channel. Thankfully, for my NUC (D54250WYK) Intel have published a Detailed Product Specification document which lists all of the header pinouts. The documentation included with the adapter is unfortunately somewhat sparse, simply stating (to paraphrase) “connect these coloured cables to this header”. It would have been very useful if they had included instructions on exactly which connector needed to be connected to each part of the header, rather than forcing users to try and find the header pinouts. However, i’m guessing this was not done so that one package could be used across the (many) models of NUCs out there. The documentation I received also had a small error in it, with the USB and Custom Solutions headers being labelled the wrong way around. A small note included with the adapter points this out, and Pulse Eight have confirmed that the correct documentation is being reprinted at the moment.

On my NUC, the USB and Front Panel headers are on the top of the motherboard, which means it’s reasonably simple to connect them. However, the Custom Solutions header is on the underside of the motherboard, which is not so easy to get to. After removing the cover, two more screws need to be removed from the motherboard. While the motherboard is now loose, it’s really hard to remove. I found that I needed to apply some force to the Ethernet port whilst simultaneously flexing the rear of the case – it won’t flex much but it only needs to flex a small amount in order for the motherboard to pivot upwards. 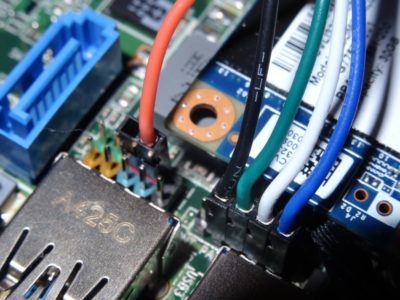 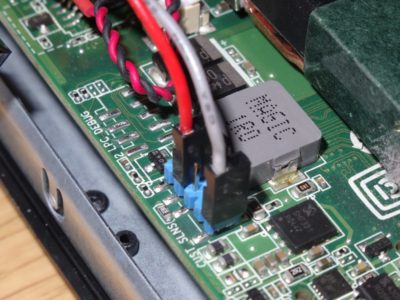 Although not hugely problematic, the cables are extremely tight. An extra centimeter or two of length would have made it much easier to route the cables between the various connectors. The suggested mounting for the adapter is on top of the Ethernet port shield, however I found that I had to mount it slightly off it so that the bottom of the case would fit on correctly again.

Once connected and reassembled, Ubuntu and Kodi immediately picked up the new adapter and it worked flawlessly in conjunction with my TV just as the old external adapter did.

Whilst installation can be somewhat fiddly and difficult, once installed the adapter performs extremely well without needing to consume any external USB ports and keeping the sleek looks of the NUC intact. The installation could be made simpler if the documentation was more comprehensive (and correct), but with the correct documentation, Intel’s Detailed Product Specification document and the tips above about removing the motherboard, it should be reasonably simple for anyone to install.

The adapter can currently be purchased directly from Pulse Eight’s website for £20, with free postage in the UK.